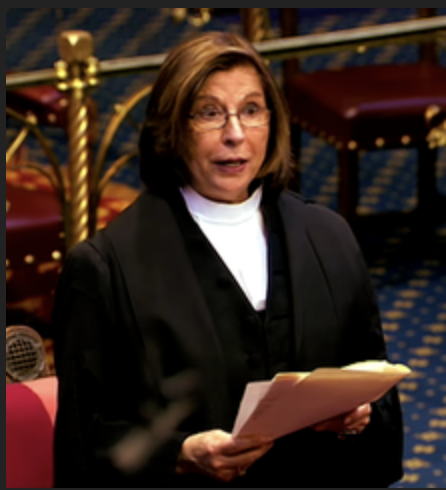 What kind of a society will we be inhabiting in 10 years
– or even 2-5 years?

The uncertainty affects us all but perhaps young people disproportionately – as someone said recently, the jobs that young people will take up in the next few years have not yet been invented!

But there are some clues as to the trends likely to affect social, cultural and economic life, not to mention political norms. One that strikes me as both hopeful and persistent is decentralisation.

Thoughtful commentators cite the neighbourhood co-operation that has emerged from group NHS clapping, through neighbourhood kitchens to feed those people in need, the increase of £800m in public donations during the first lockdown and, of course, the courageous stance taken by the Greater Manchester Mayor, Andy Burnham, to try to protect his local economy.

What’s more, the predominant view now is that all the really necessary services such as track and trace, or school holiday meals have to be devolved to local councils. This surely makes sense – local authorities know their communities intimately and are able not only to estimate need but to deliver effectively. However, central government is unwilling to cede power towards a gentle federalism – other than a somewhat futile gesture to relocate significant departments to the North.

Even if this relocation were achieved it would result in a system just as remote as Westminster is to most citizens. What we do need is a determined effort to decentralise, starting from the bottom up, with an integrated programme of directly elected mayors, strengthening their powers and resources. The aim is a unified and powerful local government network that is accountable to its local community.

Another pointer – and a far less optimistic one – is the degree to which this pandemic and the Government’s response is beginning to erode our democratic freedoms. Our hard-won democratic settlement in the UK, although not at all perfect, has more or less managed to maintain a degree of stability during the last few centuries.

It will not end with a coup and tanks on the lawn, but by a slow and insidious chipping away at our democratic institutions.

We have already seen that Parliament was obliged to go to the Supreme Court to retain its right to vote on the EU Withdrawal Bill; we know that the Government is unhappy about the ‘liberal naivety’ of the Courts and the Press.

There is much to do. But it should only be done in consultation with young citizens. They will have to live longest with reforms we manage to achieve post-Brexit – as well as the additional impact of Covid-19.

Bring About Change: piloting social action in the community

Why SMSC is intrinsic to primary and early years education

Beacons of SMSC education: reflections on a university placement project