Education charity Young Citizens is delighted to announce the appointment of Michael Maclay to its team of Ambassadors.  Michael is an old friend of the charity, having been on the Trustee Board of the Citizenship Foundation (from which Young Citizens evolved) for twenty years – twelve of them as Chair.

Over that period Michael was a driving force behind much of the organisation’s ground-breaking work to help educate, motivate and inspire young people to become engaged and active citizens. Perhaps his proudest moment was receiving on behalf of the organisation the Carl-Bertelsmann Prize for Social and Civic Engagement, presented by German Chancellor Angela Merkel in 2007. 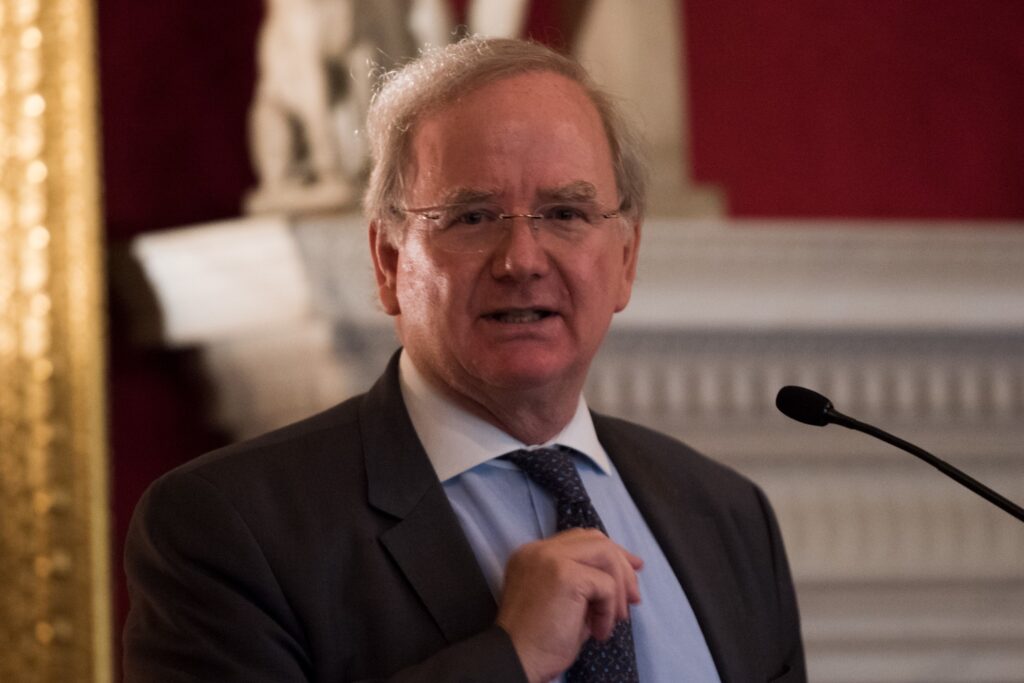 In his professional life Michael has been a political adviser to the British Foreign Secretary, a diplomat, journalist and television producer – and an adviser in the Balkans at the end of the wars in former Yugoslavia.  He chairs the British-French-German Club of Three and the Advisory Board of the British-American Project, and his day job is as Executive Chairman of the strategic consultancy Montrose Associates.

Michael’s passion for high-quality citizenship education is undiminished.  He says: “A shared sense of committed, active and educated citizenship, especially among young people, represents the only hope for sustaining viable communities and democratic consciousness at home and abroad.”

He also believes the time has come for a clear concept of digital citizenship to help young people pilot their way through the challenges – as well as the opportunities – presented by social media and digital technology more widely.

Martin Bostock, Chair of Young Citizens’ Board of Trustees says: “I was lucky enough to work as a Trustee under Michael for six years before he stepped down in 2013. He’s been instrumental in so much of our strategic development and in advocating passionately for citizenship education. We’re all delighted to welcome him back in the Ambassador role, in which I’m sure his contribution will be even more valuable than ever.”