“I want my one little voice to be part of something bigger.”

Last year my then nine year old started showing awareness of the world outside.

“Why do some people have lots of money when others have none? Why don’t they just share it around?” (said whilst watching the news). “Why do we need food banks?” (when asked to take tins in to school for the harvest festival). “Why do people throw bikes away rather than recycle them?” (on a visit to the tip).

Most usually these questions popped up at really inconvenient times – when wrestling a large laurel hedge into a skip or during that crucial last five minutes of trying to get everyone out of the house and to school on time. But something in me realised that this was a precious time. These are personality-forming moments, a sudden ‘awakening’ to the social injustices that exist in our world and as such, too important a moment to let pass unmarked.

My daughter’s school were looking for parents to run after school clubs at that time and so I tentatively offered to coordinate something around ‘citizenship’ – not entirely sure what I meant or whether anyone (other than my daughter) would sign up. To my surprise they did, accompanied by some really positive messages from parents saying how important they thought it was that children understand how they fit into, and make a contribution to, our society.

And so off we went – using the Young Citizens Make a Difference Challenge as our model, but also introducing other initiatives along the way as the moment took us. If you’re not familiar: the Make a Difference Challenge programme empowers children (with the support of their teachers) to identify an issue or problem in their community – local, national, or international – which they feel passionate about, and to create and carry out a social action project to help change or improve the situation.

Over the last ten years since the programme began topics have ranged from tackling social isolation in the elderly to creating sensory gardens, campaigning for improved road safety, raising awareness of knife crime, and meningitis, and tackling plastic pollution – to name but a few. Projects can involve whole year groups or just a few children – as an after school club or as part of the curriculum. The curriculum overlaps are enormous, in PSHE and British Values, but also in maths and English, and it addresses key Ofsted personal development outcomes. 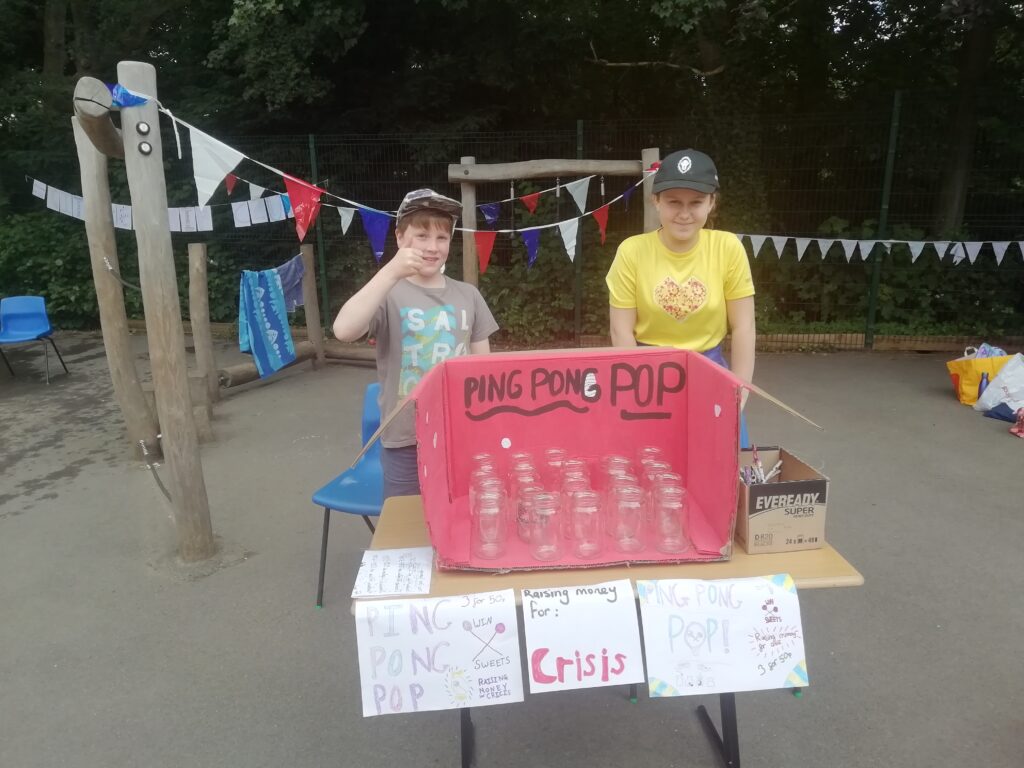 After a lot of research into different issues my Make a Difference Challenge group decided to focus on homelessness. The range of existing knowledge, myths and preconceptions amongst the group was astounding (slightly worrying, even) and we spent several weeks just unpicking the many complicated causes of homelessness before going any further into deciding how they wanted to support the cause. In the end they chose to raise money for the charity Crisis by running a number of stalls at the school summer fair – partly, I should admit, because they started to run out of time to do anything else. But I wouldn’t have curtailed any one of the many conversations or questions that extended our ‘research’ phase because that’s where the complexities of our many layered society are explored and learnt.

“I want my one little voice to be part of something bigger.”

The children surprised me greatly – not only in their choice of topic (there isn’t a lot of homelessness in our rather rich bubble of rural Surrey) but in their obvious personal development: the quietest, most anxious child who became one of the most confident, the day dreamer who went home and told his parents everything we’d done in great detail every week (must have been actively taking part after all) and the seemingly very confident boy who said early on when I asked why he came to the club that “I just want my one little voice to be part of something bigger.” And then there’s the real-life learning they’ve gained through the experience – skills in project and time management, in managing feelings and considering other people’s, developing empathy, and feeling empowered to make a difference.

In July, and to round off the school year, the children ran a Sal’s Shoes campaign, encouraging their peers to donate their outgrown but not yet outworn shoes, to be sent to children around the world who have none. They ran a ‘Wear your Favourite Shoes to School’ day to raise money for the charity, stood at the school gate collecting shoe donations and talking to parents, and delivered an assembly to raise awareness with such an increase in confidence in the 6 months since their first, that they took my breath away.

This September, thanks to funding from Pears and the #iwill Fund, the Make a Difference Challenge programme will be available for the first time as an online package for teachers, making it accessible to primary schools anywhere, in the hope that more schools will join the social action movement of primary aged children taking control and making a difference to their communities. To join them visit here.

As for me I’ve signed up again to deliver the Make a Difference Challenge in my children’s school again this academic year. My daughter has already recruited a number of other year 6 pupils to join the club and is talking about them having ‘big plans’. I think she might be after my job…