We decided to make a difference to the issue of loneliness in the elderly as we live in a very rural area so it’s hard for elderly people to stay in contact with friends and family.  We were shocked to learn that loneliness has been proven to be very detrimental to health and wellbeing (as bad as, or even worse than, smoking) and that national studies found that some older people don’t see anyone else for 5 or 6 days out of every week.

Initially, we thought there was nothing to do in the village where we live, but our research showed that in fact there was a thriving programme of activities aimed at the older generation including coffee mornings, exercise classes and quiz nights. The children went to join a coffee morning themselves and the older people were delighted to meet them (if a bit overwhelmed at first). What emerged was that although they were very happy with the activities already on offer, they lacked any kind of interaction with younger people – so this is what we decided to focus on.

The children set up a monthly ‘open afternoon’ at the school where local residents are invited to come in to see the school, hear poetry recitals and drama, and to take part in classroom activities.  For example, they held a very successful pottery class with local residents making Egyptian canopic jars. The children have also been formally invited to join the monthly coffee mornings in the community centre, creating a regular link with the local community. 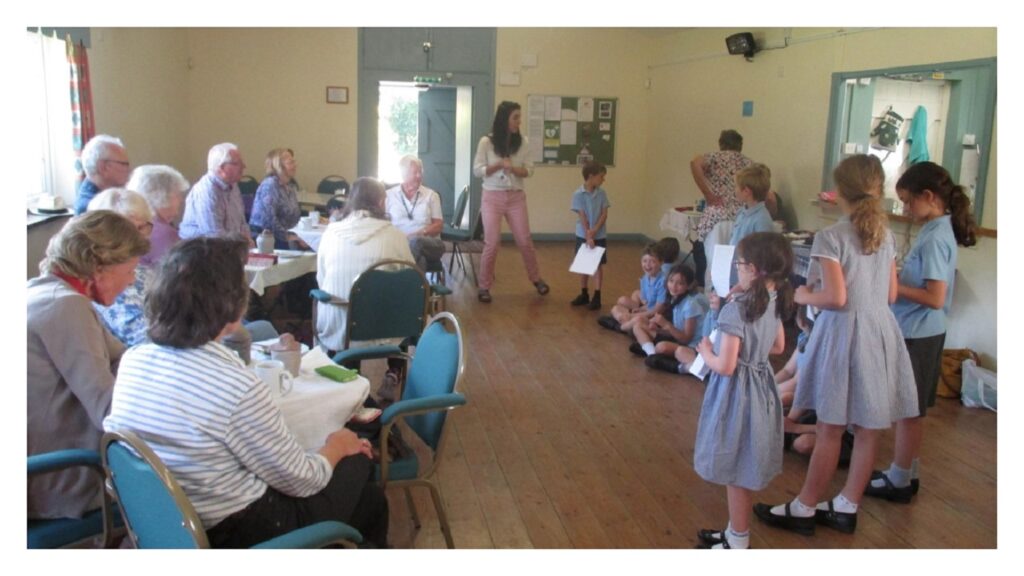 We have now taken an additional step, which is being developed further next term, as the children discovered that there are a number of elderly people in the village who are housebound and unable to either come into school or join in with any of the existing activities provided for them in the community hall. To address this issue, we are setting up links with individual families with the aim of visiting elderly people in their homes in small groups with a Learning Support Assistant, to read to them, make a cup of tea, and provide a bit of company.

Read more about the Make a Difference Challenge

Make a Difference in a Day